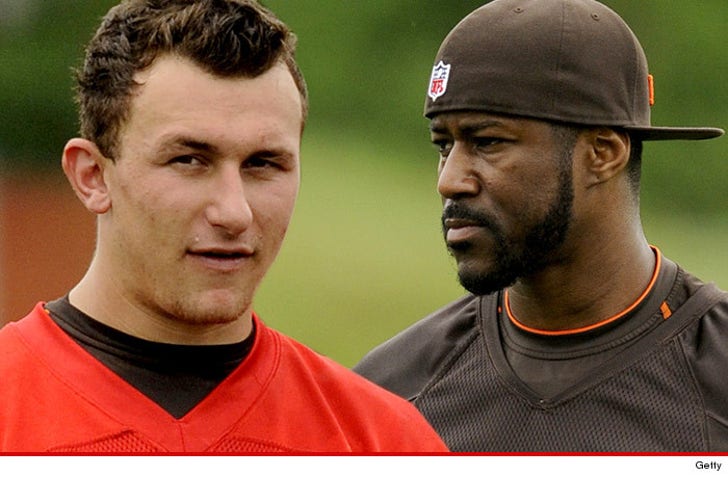 Johnny Manziel's crazy Vegas party weekend was "well-deserved" ... because he's been "kicking ass" during practices with the Cleveland Browns ... this according to Browns WR Nate Burleson.

Nate tells TMZ Sports the team is well aware of Johnny's 3-day bender in Sin City ... and says as far as he knows, the team is still staunchly behind him ... saying, "He worked his ass off to party that weekend."

As we previously reported, Manziel hit up clubs, party pools and hung out with stars like Pauly D and Gronk during the Memorial Day break -- and his critics blasted him for it.

But Nate says, "Everybody should mind their own business when it comes to how [Johnny] enjoys his free time."

Burleson -- a 10-year vet -- says despite his party reputation, Johnny's been all-business on the field.

Of course, the battle for the starting QB job is still underway -- but Nate says if Johnny gets the nod, they'd make one hell of a tandem. Stay tuned ...