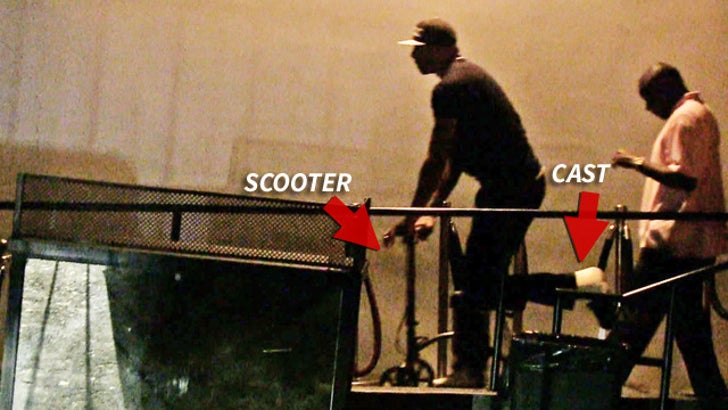 He's got a cast on his foot ... and he's moving around on a medical scooter ... but NBA star Kenyon Martin REFUSED to let his ankle injury keep him from the Hollywood club scene this weekend.

After undergoing surgery to repair some bone chips in his left ankle, the 36-year-old hit up Greystone Manor in L.A. -- rollin' around like his injury was no big deal.

It's a risky move -- considering nightclubs are generally packed with crazy drunk people who could stumble into your tender multi-million dollar limb ... but Martin braved the elements anyway.

But just like Maurice Jones-Drew and Matt Kemp have done in the past, the injured superstar emerged from the club seemingly unscathed.