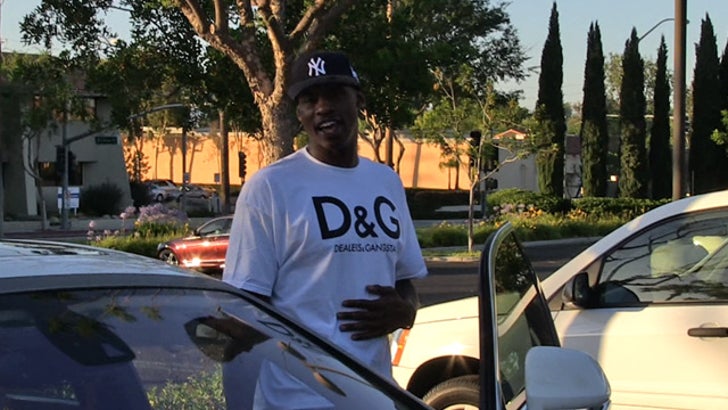 Bieber did it. The Kardashians did it. And now, NBA star Al Harrington did it -- he just bought a mansion in Calabasas ... TMZ Sports has learned.

The Washington Wizards star -- who's played in the league for 15 seasons -- was out at The Commons in his Rolls Royce Phantom (he'll fit right in) ... when we told him all about his celebrity neighbors.

Check out the clip -- we give Harrington the 411 on his new hood ... though, we did have to break the news that Justin Bieber moved out.