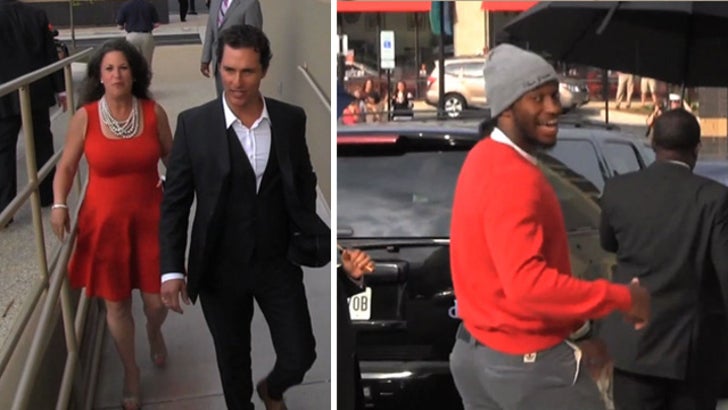 Matthew McConaughey hosted a movie night with the Washington Redskins last night ... where 6 players screened their favorite movies -- AND NO ONE PICKED A McCONAUGHEY FLICK!!!

The event was a fundraiser at the Alamo Drafthouse Cinema in Ashburn, VA yesterday -- 6 players in 6 theaters treated fans to one of their favorite movies.

For the record, the event raised money for the NFL's "Play 60" program and Matt's "Just Keep Livin" foundation ... tickets were $200-a-pop.

As for the movie screenings ... here's how it broke down:

4) Nick Sundberg -- "The Lion King" ... Nick told the crowd his fave movie is actually "Little Mermaid," but his GF convinced him to screen "Lion King" instead because she thought it would be better on the big screen.

6) Ryan Kerrigan -- "The Internship" ... Kerrigan told the crowd he LOVES McConaughey movies, but for some unexplained reason, went with the Vince Vaughn comedy instead. Bad move.