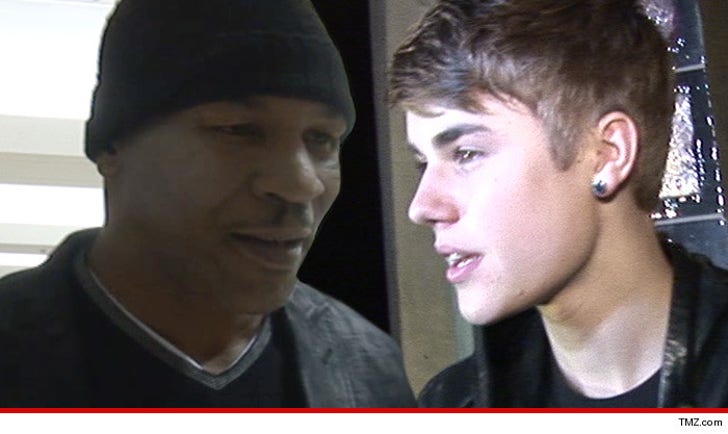 Justin Bieber is getting an N-word pass from Mike Tyson -- at least for now ... because "Iron Mike" is chalking up JB's racial comments as a "mistake" that he hopes the pop star can learn from.

Tyson decided to voice his opinion after watching Whoopi Goldberg discuss the video of Justin's racially charged parody of "One Less Lonely Girl" back when he was 14.

Whoopi had said Bieber's youth and Canadian-ness factored into why he thought it may have been OK to use the word at the time ... but believes that he's since learned the word is off-limits.

Tyson agreed -- tweeting, "I agree with you @whoopigoldberg. We all make mistakes and I believe @justinbieber is learning."

If you're keeping count ... Tyson, Mayweather, Goldberg and Lil Wayne have all voiced support for Justin, who has since apologized for dropping the n-bombs.