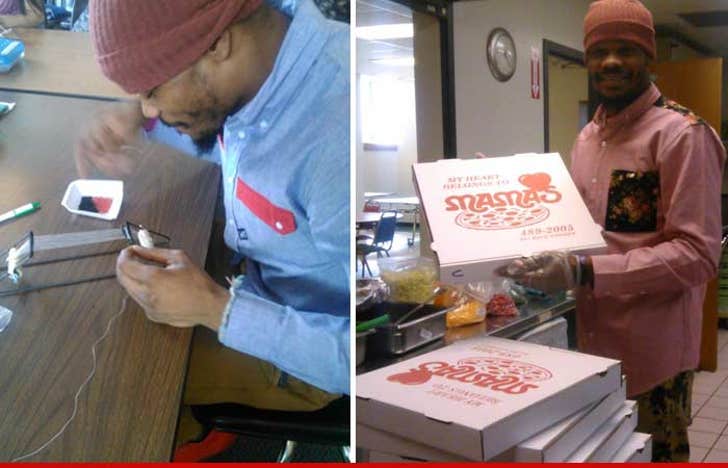 According to court documents... Simpson was sentenced to 15 days in jail, 2 years of probation, and 120 hours of community service earlier this year for a November 2013 DWI arrest.

Turns out... it didn't take long for the receiver to log all 120 hours -- AND THEN SOME... because prosecutors tell TMZ Sports Simpson logged an additional 10-15 hours of community service at the P.E.A.S.E. Academy -- a high school geared toward kids who struggle with addiction.

The director of the program tells us Simpson owned up to his actions when talking to the kids -- in the hopes that his honesty would help them steer clear of making the same mistakes he made.

We're told he also "went above and beyond [for the kids] -- attending evening events, sitting with kids, and even serving them lunch." We're told he participated in events like beading (pictured above) and tubing (pictured below).

"To have someone of notoriety and fame in the sports world was a BIG deal to the kids, especially to see him interact, and set a good example for them," the director tells us. 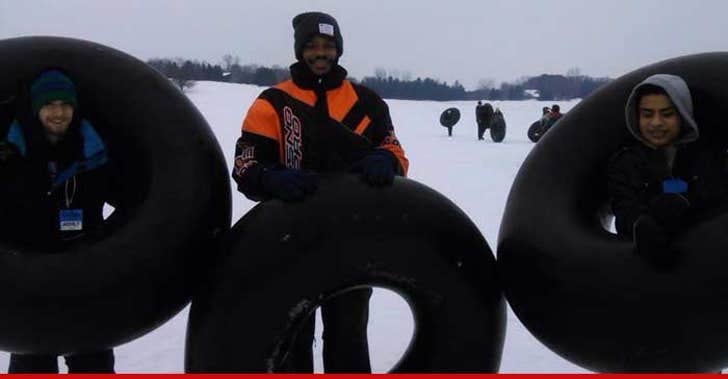