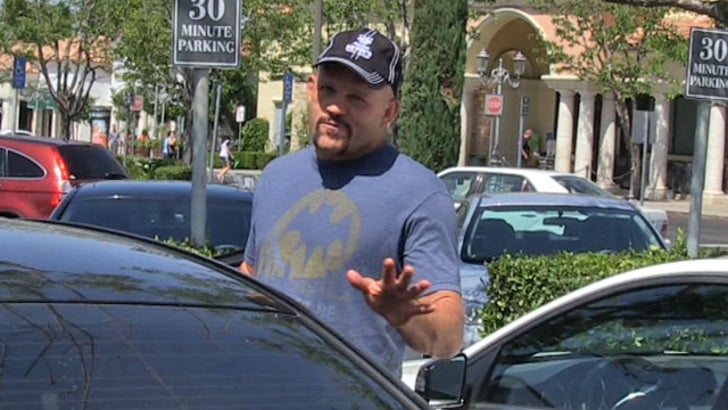 Some people say his fists should legally be considered "deadly weapons" ... but UFC legend Chuck Liddell says he won't let that stop him from defending himself in a dangerous situation outside of the ring.

The Iceman was out in Calabasas when we asked about the notion that trained fighters should always turn the other cheek in a street brawl because if he fights back ... he could be hit with more serious criminal charges.

FYI -- back in 2012, MMA fighter Fernando Rodrigues was involved in a road rage incident -- and the judge ruled that his hands and feet should be considered "deadly weapons" because of his extensive fighting experience.