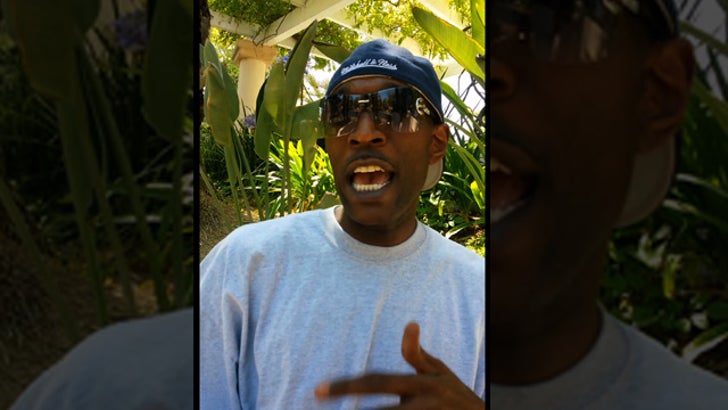 Ex-NBA star Joe Smith -- the #1 overall pick in the '95 draft -- is spittin' a new rap verse directed right at Justin Bieber ... calling out the pop star over the racist song he recorded when he was 15 ... and only TMZ Sports has it.

In the new verse, Smith -- who goes by the rap name "Joe Beast" -- says Justin shouldn't get a pass just because he was young when he recorded a disgusting N-word filled version of his hit "One Less Lonely Girl."

In fact, Smith seems pretty happy Bieber's been getting blasted in public and thinks the public shaming will help him grow -- saying, "One Less Lonely WHAT? Leave it alone. Now 20, hope these lessons start changing your tone."