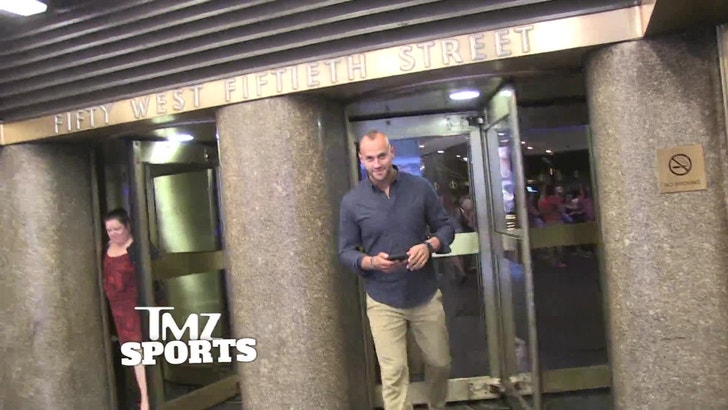 The role of "The Mountain" on "Game of Thrones" was ALMOST played by a New York Giants linebacker ... but Mark Herzlich tells TMZ Sports producers felt his face-crushing skills weren't up to snuff.

Mark also told us he's a serious GoT superfan -- he knows every character, follows every story line ... and even "emulates" himself after one of the key badasses on the show.

Oh, and Mark tells TMZ Sports if the guy wants to play in the NFL, he knows just the position.