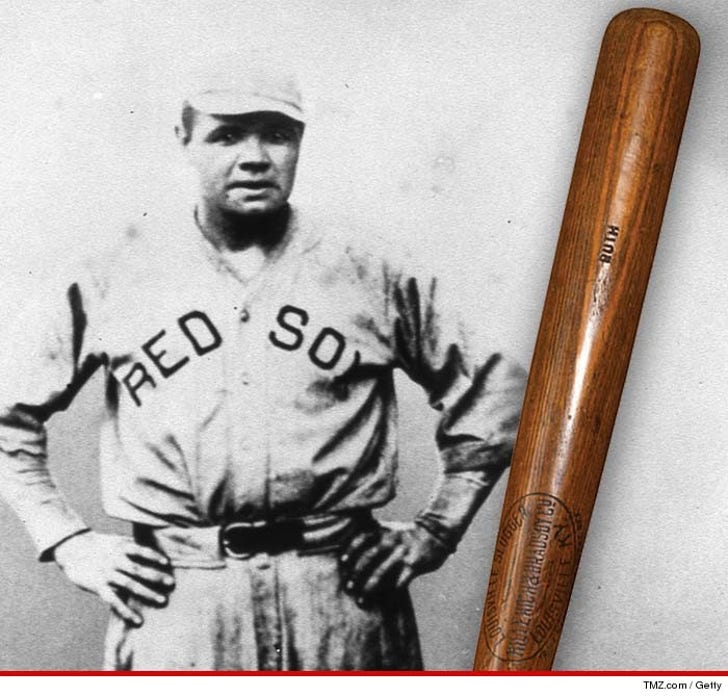 A 100-year-old Babe Ruth baseball bat is about to hit the auction block ... after a Massachusetts family discovered the historic Louisville Slugger in their basement ... and it could rake in $500k.

Officials at Goldin Auctions tell TMZ Sports ... an antique hunter (also known as a "picker") asked the family if he could go through their old belongings ... and discovered a collection of what appeared to be old game-used bats from Red Sox players -- including the Sultan of Swat.

Goldin Auctions tells us ... the bats were authenticated through an independent firm -- that confirmed the Ruth bat was used sometime between 1916 and 1918.

Among the clues ... G.A. says the bat's size and weight match up with the ones he used at the time ... plus, the word "RUTH" is imprinted on the barrel.

The auction house says the bat also includes cleat imprints on the barrel "as Ruth always banged out his spikes on his bats' barrel."

Officials at Goldin Auctions -- which is putting the item up for bid on June 16th -- says it's expecting the bat to sell somewhere in the $350k to $500k range.

Makes you wanna go diggin' around your basement, doesn't it?