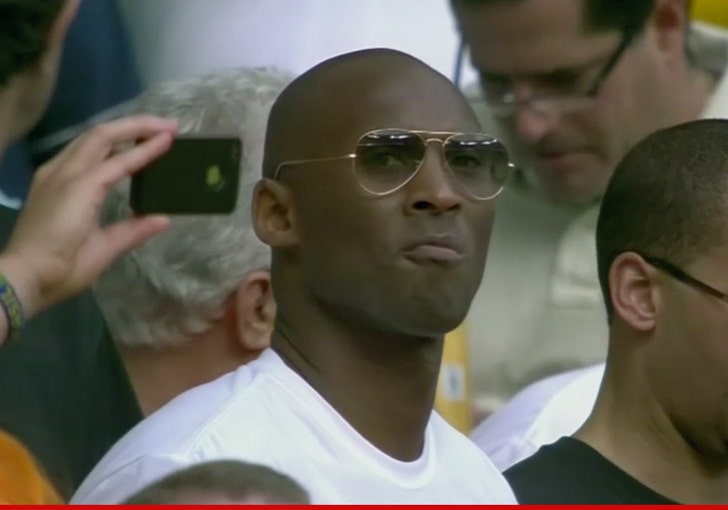 Self-proclaimed soccer fan Kobe Bryant was spotted in the stands at the Spain vs. Netherlands World Cup match in Brazil today ... taking in the game like every other non-world famous celeb in the building.

No word on who Bryant's pulling for ... but he was sitting next to a bunch of Spain fans.

It'll be interesting if Kobe runs into Team USA coach Jurgen Klinsmann during his time in Brazil -- since Klinsmann recently ripped the Lakers for giving Kobe a $48 million contract extension.

“This always happens in America. Kobe Bryant, for example -- why does he get a two-year contract extension for $50 million? Because of what he is going to do in the next two years for the Lakers?"

"Of course not. Of course not. He gets it because of what he has done before. It makes no sense. Why do you pay for what has already happened?"

Maybe Kobe can tell him in person.