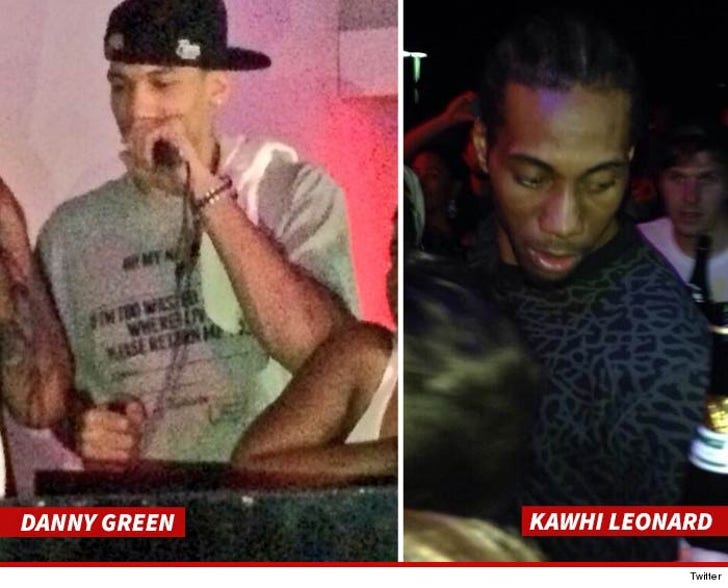 After being able to rest up during the last 5 minutes of the NBA Finals, a bunch of the San Antonio Spurs players hit a local nightclub after the big win ... including MVP Kawhi Leonard.

The 22-year-old phenom -- along with Danny Green (26) and Marco Belinelli (28) -- hit up Elevate Rooftop nightclub in S.A. ... where they partied the night away with Spurs fans. 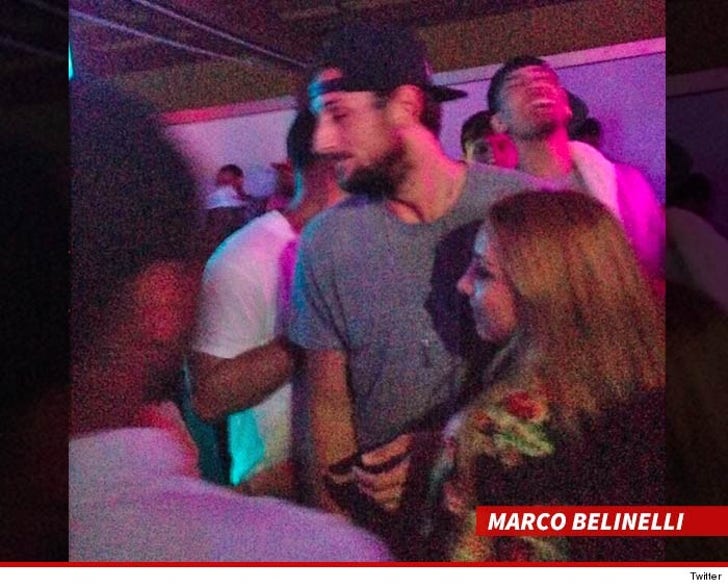 At one point, Danny Green went to the DJ booth and grabbed the mic -- firing up the already pumped Spurs crowd.

As for the post-30-year-olds ... Duncan, Parker and Ginobli ... no word on how they celebrated -- maybe some Ensure shakes and a good night's sleep?