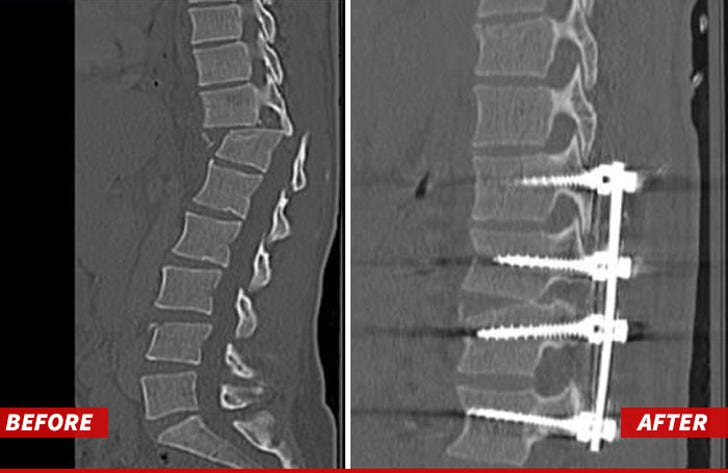 U.S. Olympic legend Amy Van Dyken has just released the X-ray images taken moments after her spinal cord was severed in an ATV accident ... which shows just how bad her injury was.

Van Dyken just spoke to the media at an Arizona hospital and said the injuries to her spine were so severe, doctors instructed Amy and her husband to "say our goodbyes" before emergency back surgery.

"He told Tom and I to say our goodbyes ... There was a good chance I wasn't going to make it out of surgery. It was one of those things where I looked at my husband and basically said, 'I love you, goodbye, please continue on with your life.'"

She also told her husband Tom -- a former Denver Broncos kicker -- that if she didn't make it out of the surgery, she wanted him to try to date other women ... when he was ready.

Amy said that last part was especially hard for her to say ... but "to do that and then to be here now and to be with him is the most amazing thing."

As far as her recovery goes, Amy says ... "Yes, this injury sucks and yes things hurt. But I'm alive and I'm so thankful to be alive. That's why I can be positive about it. It helps get me through the day." 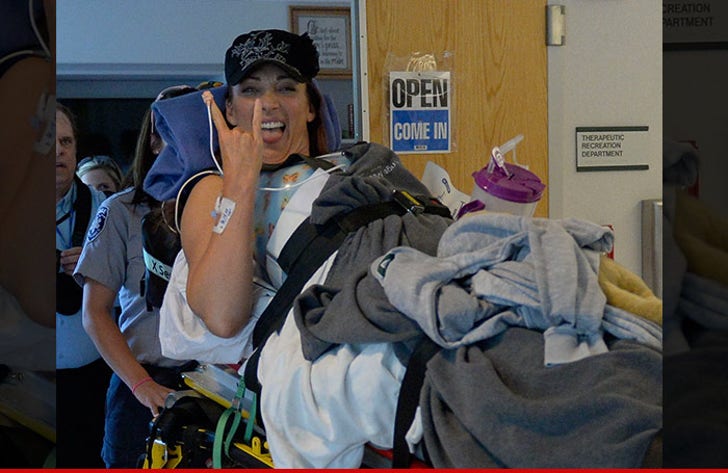