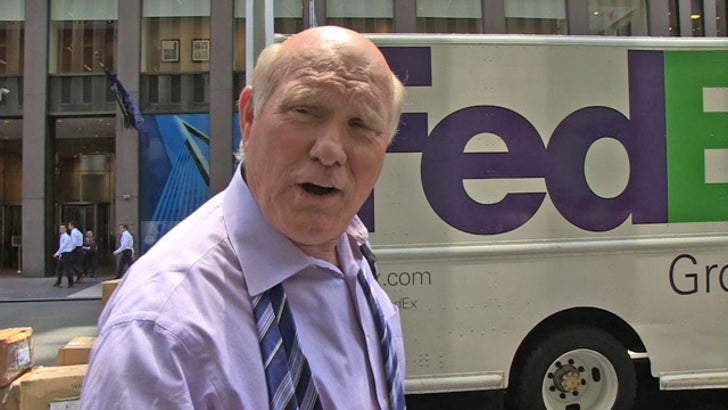 Practice makes perfect ... even in drug smuggling ... so says Terry Bradshaw who just blasted the moron in Michigan who got busted trying to throw a drug-stuffed football into a prison yard!!!

In case you haven't heard ... authorities say some idiot tried to launch the drug-ball (which also contained cell phones and other contraband) over a fence and into a yard for an inmate on the inside to pick up.

But the pass fell short ... got stuck between two gates ... and the sorry excuse for a QB got busted.

So, when we spoke with Bradshaw about the pass-gone-wrong -- the NFL legend had some great tongue-in-cheek advice for the dude!!!

Check out the clip -- it's HILARIOUS.