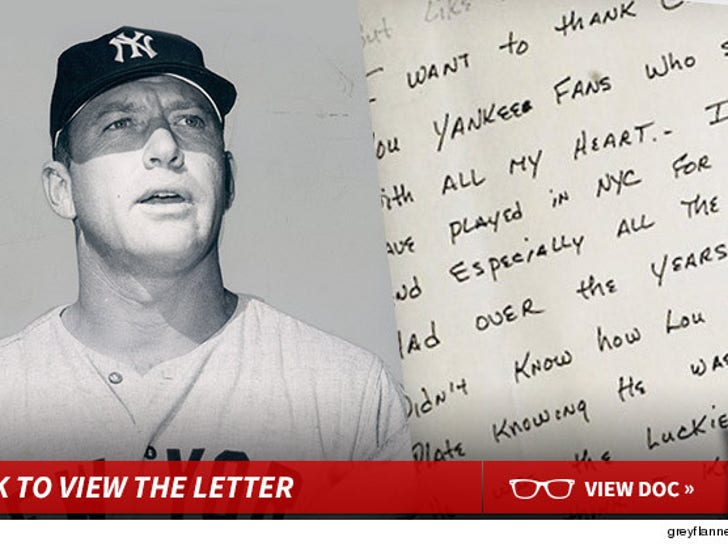 The hand-written notes from Mickey Mantle's emotional farewell address -- scribbled from his deathbed in 1995 -- just sold at auction for $24,000 ... TMZ Sports has learned.

We broke the story ... Mantle scribbled the notes on a PGA scorecard right before he gave his last public speech (which was nationally televised from Baylor University).

One of the most memorable lines from the speech -- "I didn't know how Lou Gehrig could here [sic] at home plate knowing he was going to die and say he was the luckiest man on the face of Earth [sic]. Now I think I know."

The item was part of a big sports memorabilia auction put on by Grey Flannel Auctions -- which also featured a Michael Jordan game-worn rookie jersey ... which sold for $25,076.

So far, the identities of the buyers are unknown -- but clearly, huge sports fans.