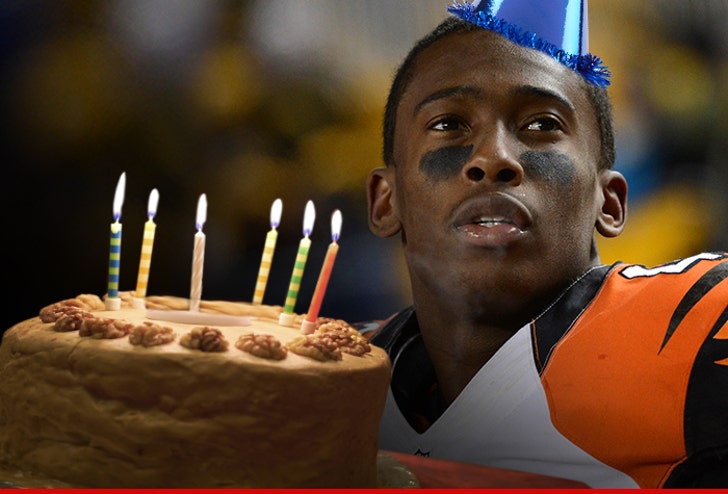 Cincinnati Bengals safety George Iloka was bombarded with birthday wishes today after the team sent him a nice bday tweet -- problem is, it's not his bday ... his bday was 3 months ago.

The whole thing is a funny mix-up ... the Bengals tell TMZ Sports they simply had the wrong date marked in their calendar ... and they fixed it earlier today as soon as they realized the mistake.

The funny part ... George says he was a actually a little bit sad on his real birthday, March 31st, because he got NO birthday love from the team or the fans!!

George says he's not mad at all (in fact, he laughed about it with the team).

The good news -- tonight happens to be George's friend's birthday -- and he was planning to party anyway ... "Now, we can celebrate my second 24th as well!" 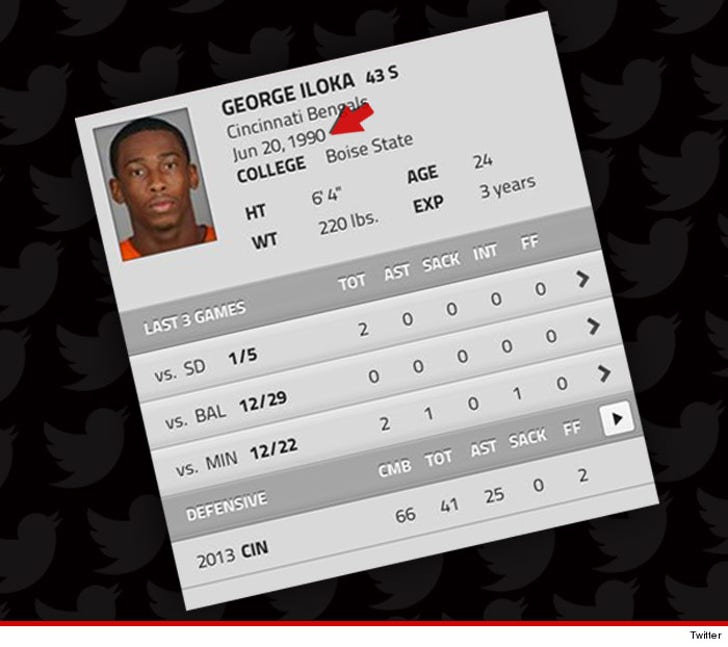