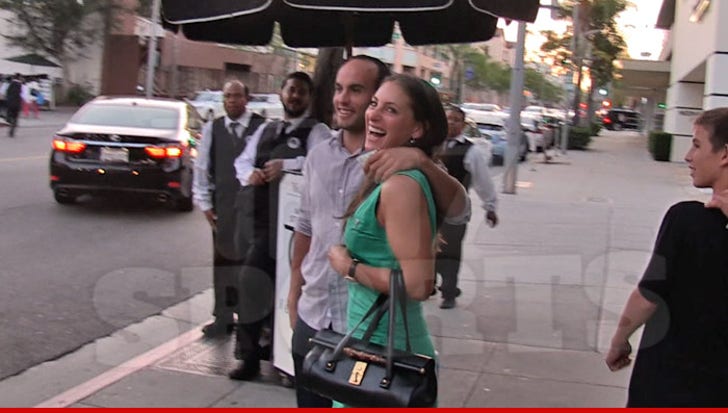 Sources close to the couple tell us Hannah and Landon have been dating for about a year and are pretty serious.

Landon Donovan's finding ways to keep his mind off that World Cup snub -- including a hot steak date with a hot chick in Beverly Hills last night ... and TMZ Sports has the pics.

Donovan and a mystery woman (who bears a striking resemblance to his ex-wife Bianca Kajlich) hit up Mastro's Steakhouse in Bev Hills.

FYI -- Donovan and Bianca were officially divorced in 2011 ... 5 years after they tied the knot. Bianca is now married to "Loveline" co-host Mike Catherwood.

Sources close to the situation tell us Bianca and Landon are still cool with each other. In fact, we're told the relationship is "friendly."

As for the new lady on Landon's arm -- no word if they're "official" or simply good friends ... but they did look pretty happy together.

Though Landon would probably be happier if they were eating steak together in Brazil right now. 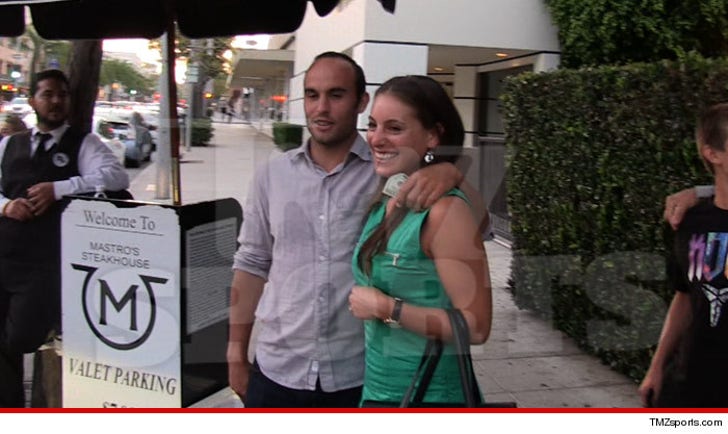