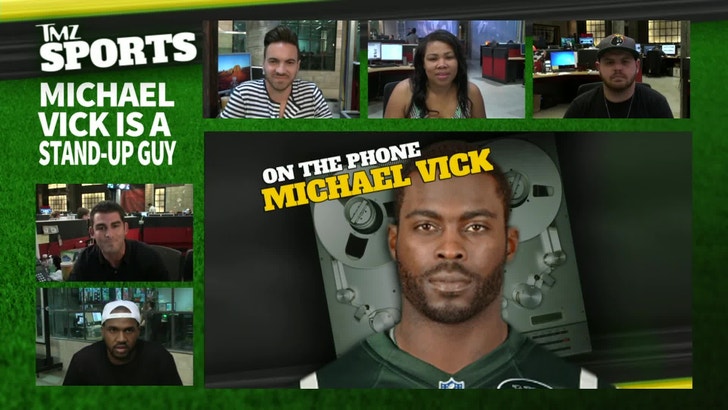 Mike Vick tells TMZ Sports ... he knows he'll be in the comedy cross-hairs at the stand-up comedy show he's producing in Louisiana ... but says NOTHING will be off-limits -- including ... you know ... that.

The New York Jets QB just called in to the TMZ Sports show and told us he's excited to show people a "different side" of his personality when he puts on the Michael Vick Comedy Explosion next month.

Vick says he expects the comics to roast him a little bit --but explains, "Everybody's free game ... don't take it personal."

The event is all set to go down on July 12th -- and Vick says if it goes well, "I think it's something that we could start to trademark" ... a la Russell Simmons and the Def Comedy Jam.