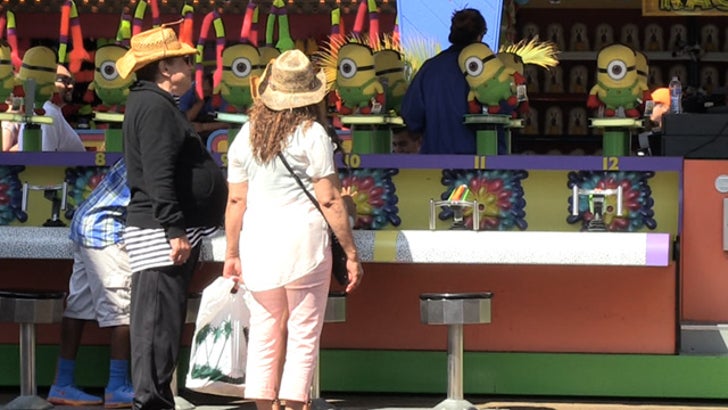 Nothing takes your mind off a $2 billion legal war like some CARNIVAL GAMES ... at least, that's what Donald Sterling was hoping for yesterday when he hit the Santa Monica pier.

Sterling -- sporting a hat that isn't doing him any favors in his effort to convince people he's mentally fit -- walked around the pier with a couple of female friends ... and appeared to be enjoying himself.

One of the prizes he was gunning for was a minion from "Despicable Me."