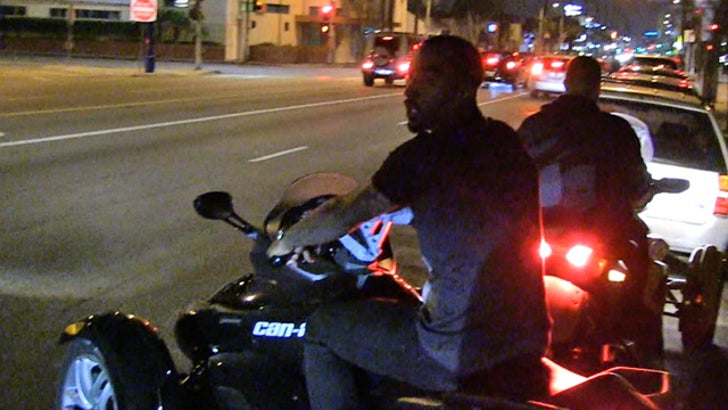 J.R. Smith has been called hardheaded during his NBA career -- but he took it to a new level when he hit the streets of Hollywood on a 3-wheel motorcycle the other night ... sans helmet!

Smith -- who's set to make $12 million with the New York Knicks over the next 2 seasons -- was leaving Greystone Manor on his Can-Am Spyder ... when we noticed he was cruisin' without a lid.

FYI -- Can-Am recommends all riders rock a helmet when riding on the bike ... because it's just the smart thing to do.

Just ask Ben Roethlisberger ... who suffered head injuries when he crashed his motorcycle in 2006 ... while NOT wearing a helmet.

Fortunately, J.R. got home safe that night ... but next time, protect your melon -- after all, they make some pretty cool lids these days.