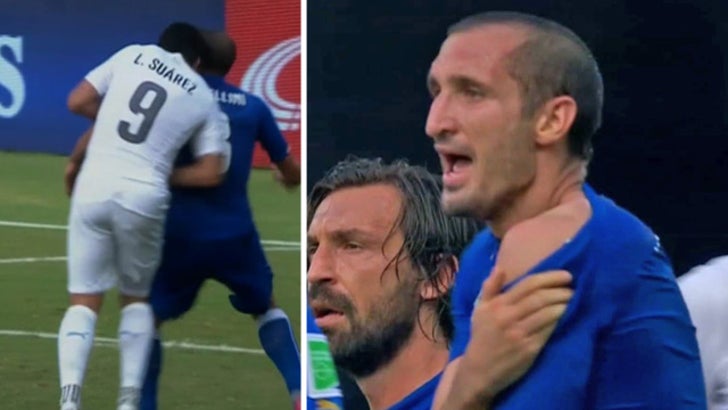 Uruguay All-Star striker Luis Suárez took a huge bite out of opposing defender Giorgio Chiellini this afternoon during the World Cup soccer match with Italy ... and it went UNNOTICED by refs!

The two teams were 80 minutes into the game when Suárez leaned into Chiellini and appeared to chomp down HARD ... both men then tumbled to the ground. 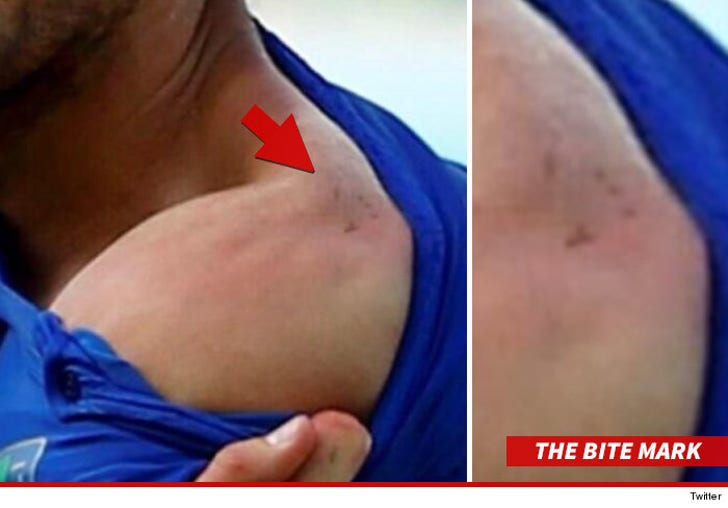 This is the 3rd time Suárez has been accused of using his pearly whites during a game. He was suspended for five games for biting at the beginning of the season.

No cards were issued for the bite.

Notorious bite-receiver Evander Holyfield was apparently watching the match, writing on Twitter, "I guess any part of the body is up for eating."

4:50 PM PT-- FIFA has announced they are investigating Suárez and the bite. If he's found in violation ... he could be suspended.