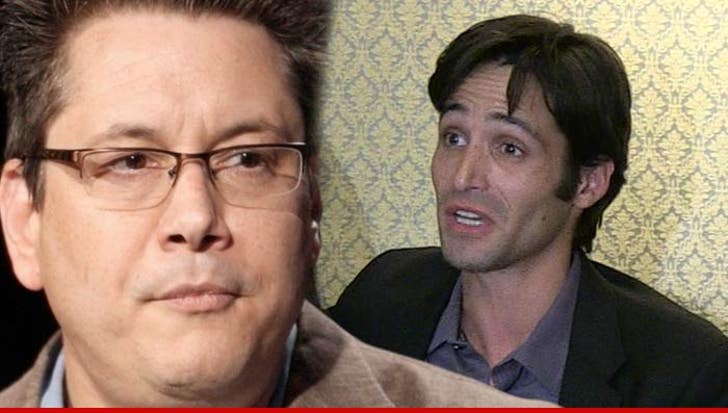 A Hollywood bigwig is turning the tables ... SUING the man who accused him of molesting him as a teenager.

Garth Ancier -- who produced lots of shows, including "The Ricki Lake Show," "Married with Children," "The Simpsons" and "In Living Color" -- is going after 31-year-old Michael Egan, who claimed in both a lawsuit and a news conference that Ancier molested him at Hollywood parties and on vacation between the ages of 15 and 17.

Egan dropped his lawsuit against Ancier, and now the producer is going after Egan and his lawyer, Jeff Herman, for malicious prosecution. Ancier says in his suit Herman's purpose was evil -- to drum up business for himself, and he says Egan is an outright liar.

Ancier claims his reputation was badly damaged by the lawsuit and other publicity and now he's out for blood.

Garth Ancier You Might Want to Rethink CELEBRITY JUSTICE ™