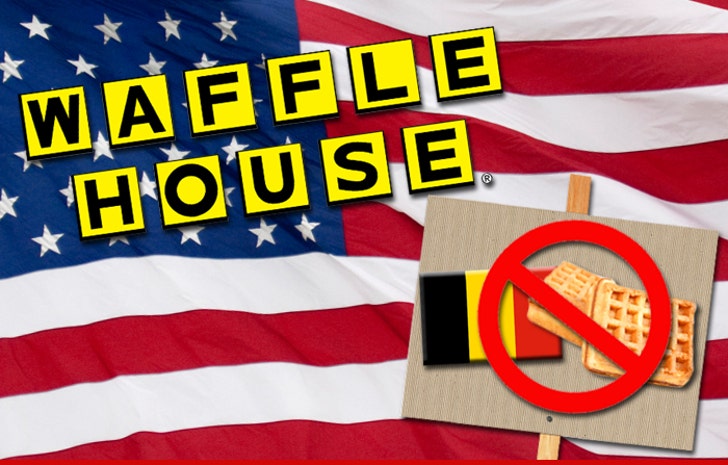 There's no better way to stick it to Belgium ... than with SYRUP ... so says Waffle House -- which is calling for a full-on boycott of Belgian Waffles in support of Team USA soccer ... TMZ Sports has learned.

Of course, USA is all set to face off with Belgium in the 2nd round of the World Cup tournament on Tuesday in a win-or-go home match ... and Americans are hungry to show their support.

But according to Waffle House -- they should start by staying away from the signature Belgian breakfast item ... with a rep for the All-American restaurant chain telling us, "We support a boycott on Belgian Waffles."

Instead, WH says Americans should stick to American-style waffles (like the ones served at Waffle House) ... because it's the patriotic thing to do!