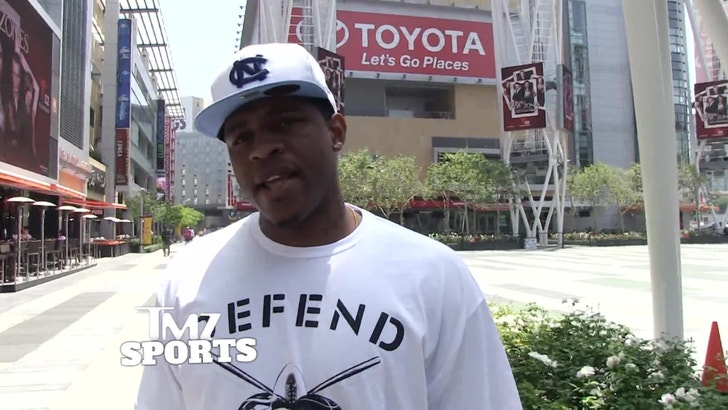 The NCAA took advantage of superstars like Cam Newton and Johnny Manziel ... and in exchange, tarnished their legacies ... this according to former UNC basketball star Rashad McCants.

McCants -- who previously accused UNC of academic fraud by saying the school would give athletes high grades in classes they never attended -- was out in L.A. today ... just after the NCAA announced it was reopening the investigation into the university.

Rashad told us he's sick of the NCAA -- because it forces student-athletes to live by an unfair code ... in which they're promised an education instead of compensation ... but the education is bogus.

Rashad -- who claims UNC arranged for tutors to write his college papers -- said, "Why is there no education on my part when my years were there and I didn't receive any money?"

As for Manziel and Newton -- both were investigated by the NCAA for allegedly taking money during their college careers ... though the investigations into both players came up empty.

Still, McCants says ... it doesn't matter -- they should've been ALLOWED to take money because the NCAA is a "farm system" and it needs to treat the players accordingly.

McCants says he's got a longterm solution that could satisfy both the NCAA and student athletes. Check out the clip.