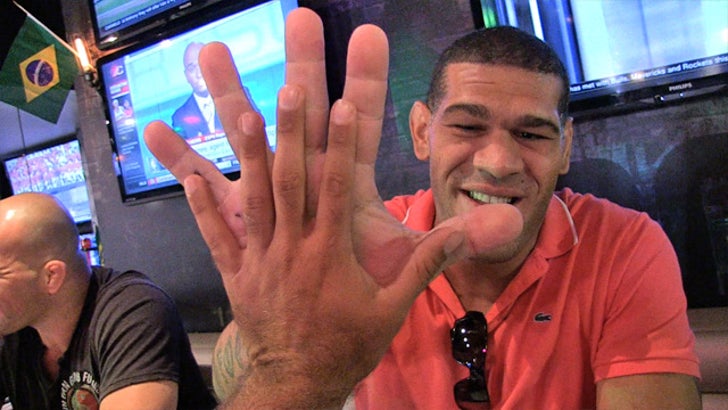 His hands are almost TWICE THE SIZE of a regular human's ... but UFC badass Antonio "Bigfoot" Silva tells TMZ Sports his gigantic mitts don't hold him back -- they give him a HUGE edge in a fight.

It's obvious why ... the Brazilian-born heavyweight -- who's in Vegas for UFC International Fight week -- believes his massive fists do way more damage than a pair of average puny sissy-fists.

Silva even did the whole hand-to-hand thing with our photog for scale.