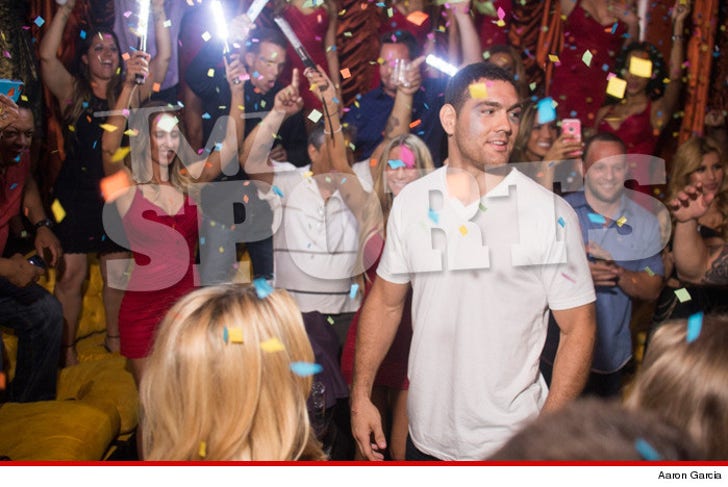 All American hit up Surrender Nightclub in Las Vegas with 40 people in tow following his win over Lyoto Machida -- and eyewitnesses say the group drank every form of alcohol under the sun. 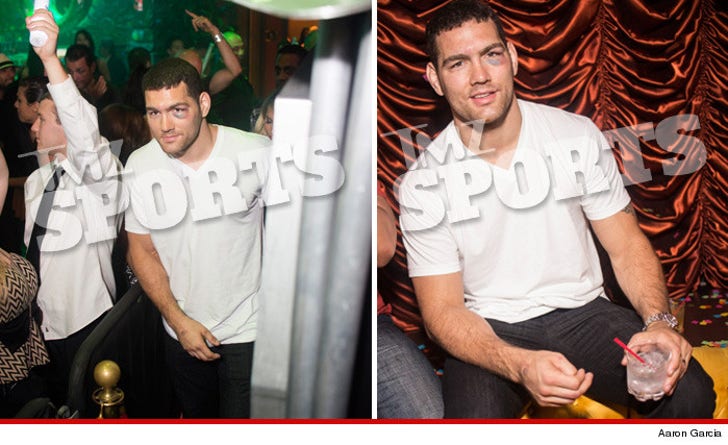 Weidman however stuck to vodka (gotta keep an eye on those calories.)

The middleweight champ was also happy to take pics with anyone who asked ... even though he was sporting a major shiner -- and the confetti bath looks like it was awesome! 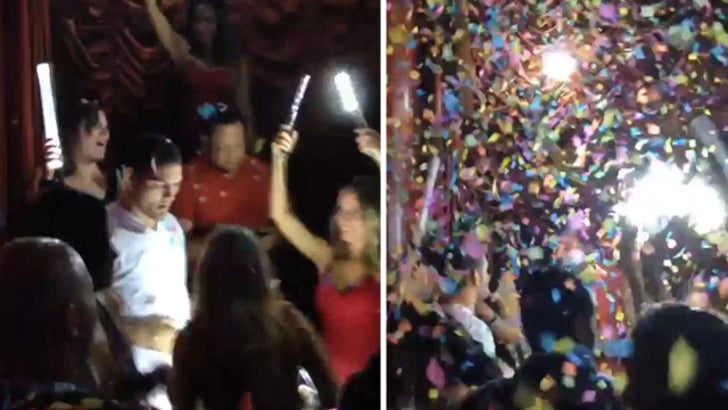 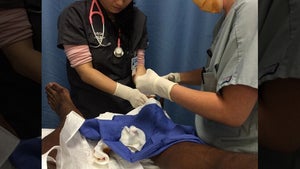 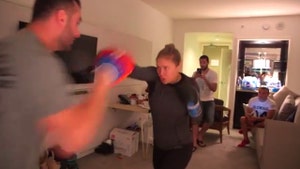