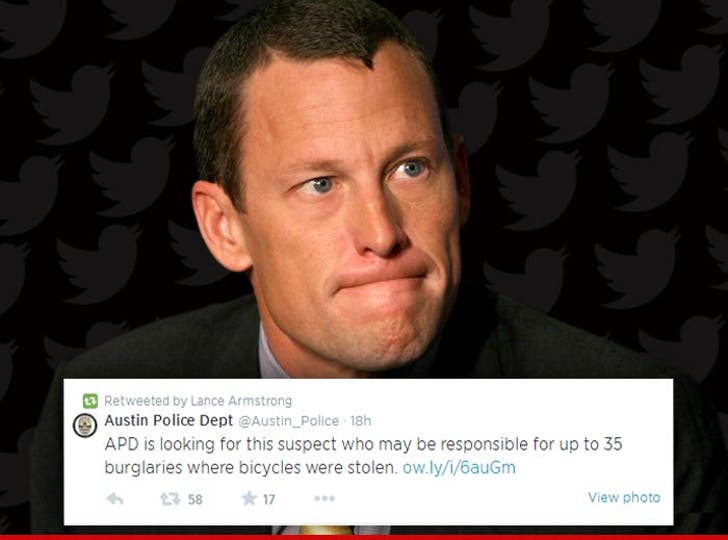 How's this for a change ... Lance Armstrong is being PRAISED by law enforcement for trying to help cops catch a notorious bike thief -- and they're confident Lance can actually get results ... TMZ Sports has learned.

The city of Austin has been under attack from a bike thief who cops say has jacked close to 100 high-end bikes (some worth up to $5k) from 35 bike shops and homes in the area.

The Austin PD has reached out to the public for help -- and even put out an image of the main suspect captured on surveillance during one of the burglaries. 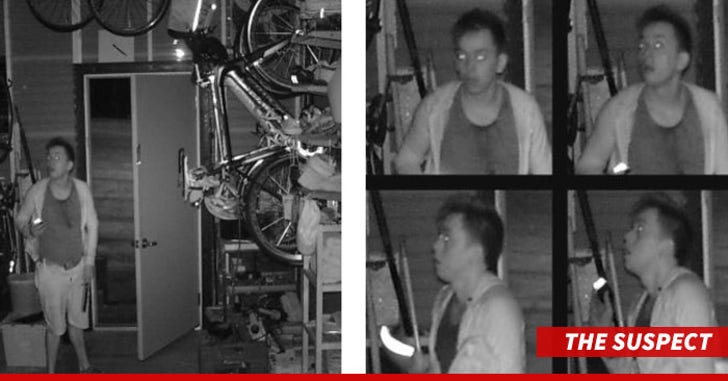 Lance heard about the investigation -- and retweeted a message from cops to his nearly 4 million followers to be on the lookout for the alleged bike-stealing scumbag.

Now, the Austin PD tells TMZ Sports they're stoked about the support -- with Det. Evonne McGuire telling us, "We are absolutely grateful to Lance for helping us out."

"The fact that he has so many followers, and not everyone watches local news -- we are hoping that people on social media will pay attention and help crack the case."

Det. McGuire adds, "Someone may know something that can help us."