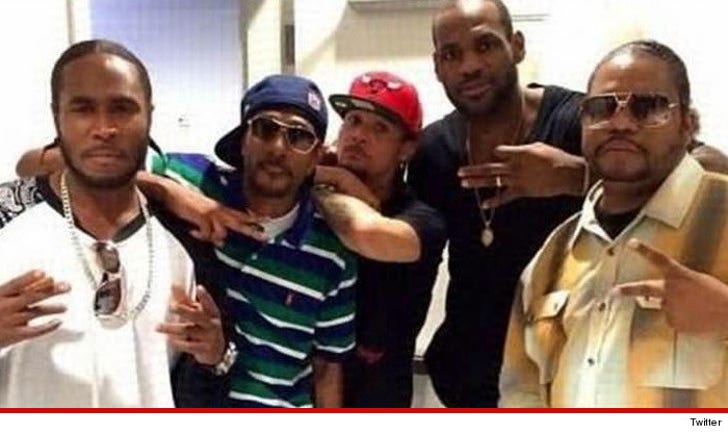 LeBron James is a TRUE BASKETBALL HERO for deciding to return to Cleveland ... so says Cleveland rap legends Bone Thugs-N-Harmony.

We spoke with Krayzie, Wish, Bizzy and Flesh ... who all tell us they're FIRED UP about Bron's Cleveland comeback -- telling us, "He's a hero for Cleveland."

"He brought hope back to the city," Wish says ... "The entire city is already partying downtown. I am here now! All of my neighbors were screaming and yelling ... everyone is going crazy."

Krayzie adds, "It makes a better story for him in the end if he comes back to Cleveland and wins."

We also spoke with Patrick Carney -- an Ohio native from The Black Keys -- who says he's already looking into getting tickets to the Cavs home opener.

Carney also has a message to any Cleveland fans who still hold a grudge for the move to Miami back in 2010 -- get over it!

We asked Bizzy Bone if the city would be disappointed if the Cavs didn't immediately start winning again -- to which he replied, "I don't even wanna think about that. We're gonna win."