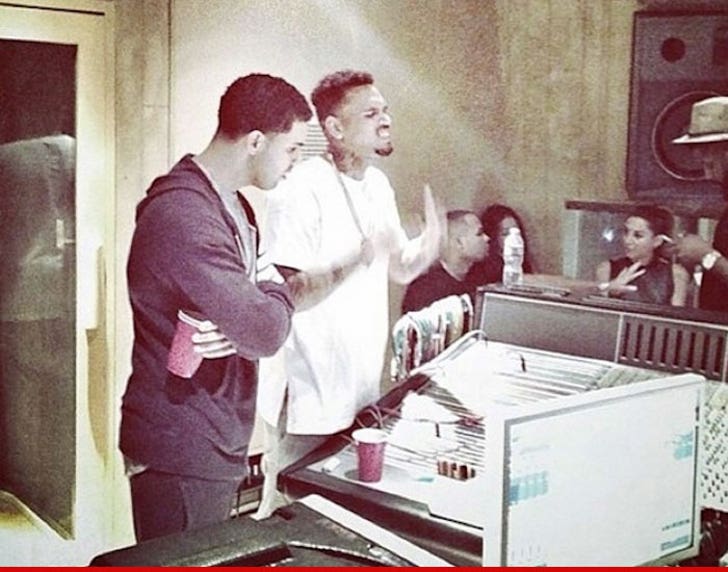 Mortal enemies Chris Brown and Drake proved their long-standing ... and sometimes violent Rihanna beef may finally be over for good -- and they might be sealing the truce with new music.

Drake posted a pic last night of himself and Chris in a recording studio -- and Breezy looks like he's LOVING whatever music they're listening to at the moment. Could a post RiRi collabo be coming?

There were rumors the feud was over, but this is the first visual evidence. Pretty amazing ... considering the beef exploded 2 years ago in a massive brawl at W.i.P. nightclub in NYC. Chris and a bodyguard were left bloodied, and NBA star Tony Parker suffered a serious eye injury.

The peace has been brewing since last April when we spotted Chris in a club dancing to "Started From the Bottom" -- but, yeah ... they've come a really long way.