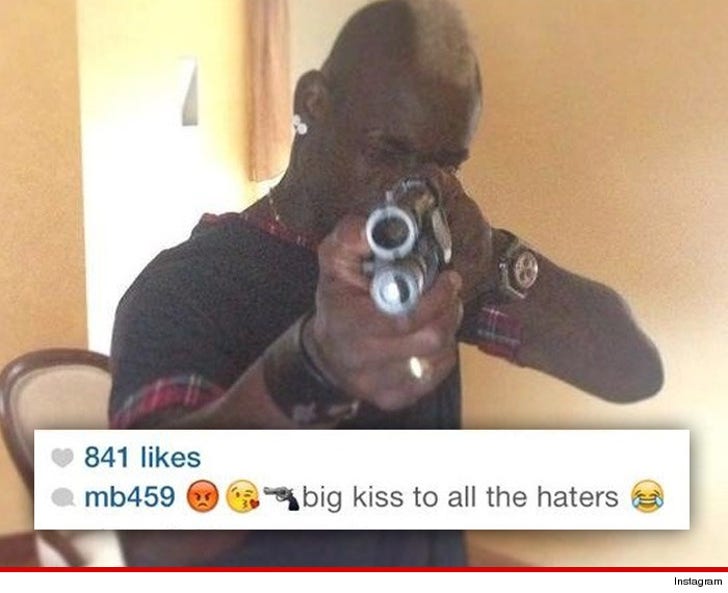 Of course, Balotelli and Italy were bounced from the World Cup in the 1st round -- and he's been getting all sorts of crap from Italians and soccer fans from around the world.

So, in what may have been the most ill-conceived PR move ever, he grabbed his shotgun ... aimed it at a camera and posted the pic along with the message, "Big kiss to all the haters."

After posting the gun pic, people started TRASHED Mario like crazy ... and he eventually decided to pull the pic OFF of social media. Unfortunately for him, it was too late ... the image had already gone viral.