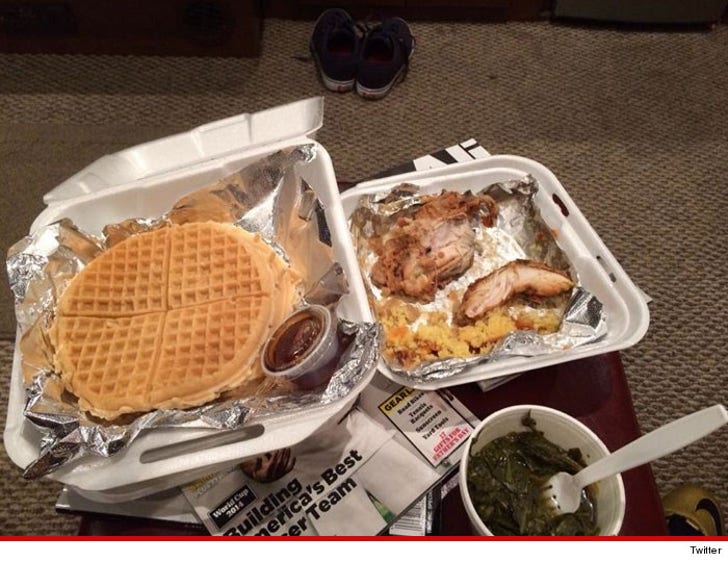 A war is raging in the TMZ Sports newsroom ... all over Drew Brees' very first trip to Roscoe's Chicken & Waffles.

Brees is in L.A. for the ESPYs and hit up the world famous chicken joint last night. He was so impressed, the New Orleans Saints QB tweeted about it saying:

"First time getting Roscoe's Chicken'n Waffles tonight! Can't do this too often but Whoa...so good!"

But the real issue is the photo he included -- which clearly shows Drew eats the chicken and the waffle SEPARATELY!!!!!

It's become a fiery issue in the office ... with some people saying the chicken and the waffle are NOT meant to be enjoyed in the same bite while others argue it's ALL ABOUT COMBINING THE FLAVORS.

So, did Drew violate the unwritten rule about chicken & waffle consumption ... or is he enjoying the combo the way Roscoe intended???

We're trying to get in touch with the guy who founded the place. Stay tuned ...