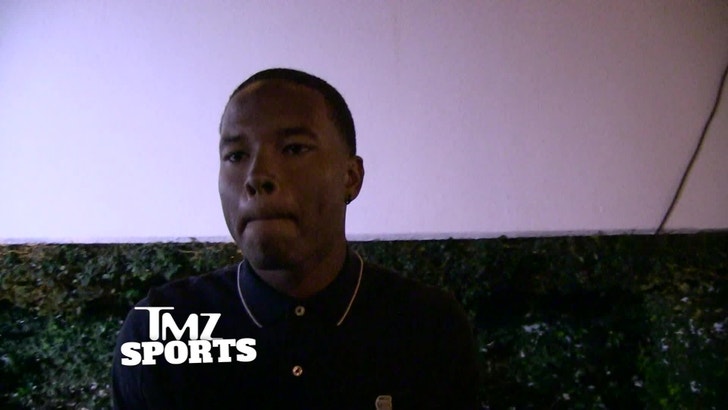 Call off the coroner, 'cause Chad Johnson's NFL football career may not be dead just yet ... so says Cincinnati Bengals WR Marvin Jones ... who tells TMZ Sports the 36-year-old can ball.

Jones was at a party at the Mondrian Hotel in Hollywood when we asked if the artist formerly known as Ochocinco (who's currently playing in Canada) could still hang in the U.S.

Marvin -- who set a team record last year when he scored 4 TDs in a single game -- told us he's been impressed with Chad's performance in the CFL ... and says the guy clearly still has "something left in the tank."

But does Chad have enough gas to beat Marvin in a footrace?

We asked. Marvin answered ... and sometimes, the truth hurts.