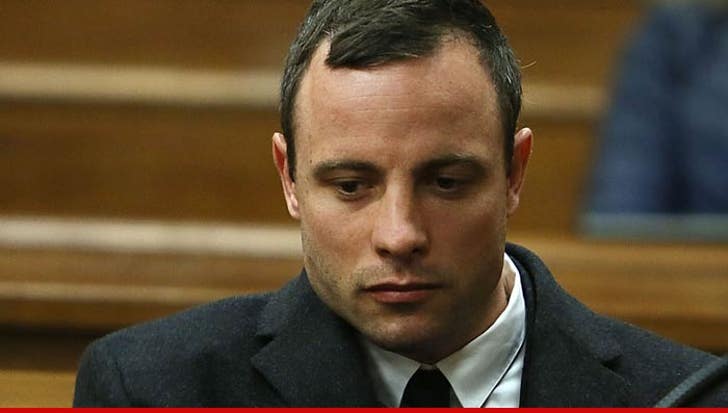 More trouble for alleged murderer Oscar Pistorius ... who found himself in the middle of a bar fight in South Africa this weekend ... when a patron allegedly confronted him about his murder case.

Oscar's rep confirms the former Olympic hero was at the VIP Room in Johannesburg when he got into an altercation with another man.

Either way, everyone seems to agree the two men got physical ... and the bar patron says he shoved Oscar backwards HARD after Pistorius poked him in the chest.

According to S.A. media outlets, Pistorius fell backwards and landed on his ass -- and security rushed in before things got even crazier.

Oscar's rep has issued a comment on the situation -- saying, "The individual, according to my client, started to aggressively interrogate him on matters relating to the trial."

"An argument ensued during which my client asked to be left alone. Oscar soon thereafter left the club."

"My client regrets the decision to go to a public space and thereby inviting unwelcome attention."