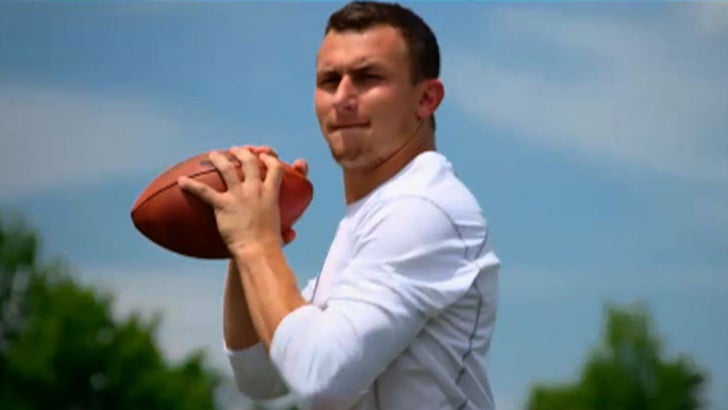 Johnny Manziel drilled a stunt-car driver IN THE FACE with a football during a commercial for a Nissan dealership ... and the crowd went WILD ... TMZ Sports has learned.

Manziel was taping the commercial in Cleveland back in June -- in which he was supposed to throw a football into the window of an Altima that was running a wide receiver-style route on a football field.

We spoke to Bernie Moreno, President of the Collection Auto Group (which owns the dealership), who tells us Manziel's performance was incredible.

"Manziel made a perfect throw into the car. Everybody celebrated except the driver who got out the car with a huge welt on his face."

Moreno says he wasn't just impressed with Johnny's arm -- he said the guy couldn't have been nicer and more humble on the set.