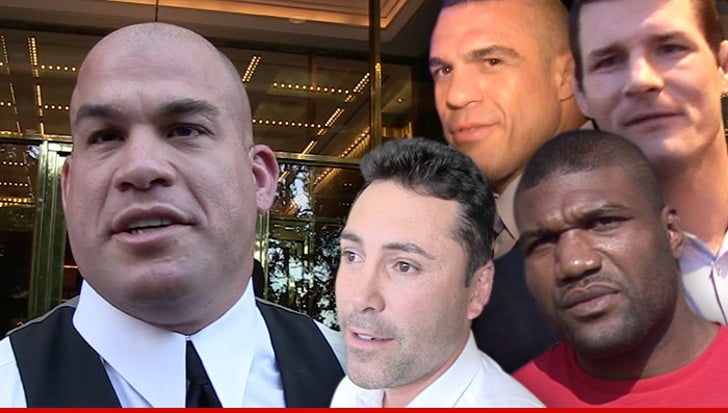 Tito Ortiz is teaming up with some of the greatest fighters in the world -- including Oscar De La Hoya and Rampage Jackson -- hoping they can help him beat the crap out of an enemy ... in court.

TMZ Sports has learned ... Ortiz has submitted an A-list witness list in a defamation lawsuit filed against him by famous MMA and boxing trainer John Ibarra.

As we previously reported, Ibarra claims Ortiz trashed him in the media -- calling him a "thief" who had "taken advantage of Rampage." Ibarra claims Tito's comments are false and have seriously damaged his reputation in the fighting community.

But now, Tito has submitted a witness list to the court -- filled with the names of people he believes will help his case ... including ex-UFC champs Michael Bisping and Vitor Belfort ... as well as Rampage Jackson and Oscar de la Hoya. All of the fighters on the list have trained with Ibarra in the past.

It's unclear how Tito believes the fighters will help his case -- but it's likely he thinks they will back his claim that Ibarra took advantage of his fighters.

The case is due back in court next week. Stay tuned ...