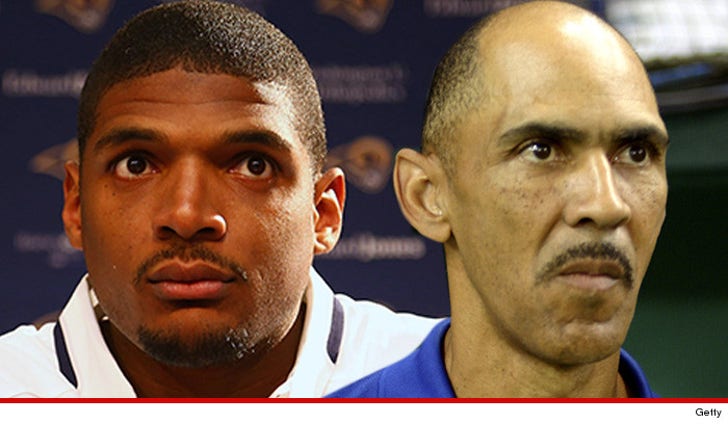 Michael Sam is responding to Tony Dungy's comments -- by not responding -- with Sam's rep telling TMZ Sports he refuses to engage with the legendary coach ... and wants to keep his focus on football.

It's not the first time Sam has had to deal with a former NFL coach claiming his sexual orientation would be a distraction -- earlier this year, Herm Edwards said Sam has "issues" and coaches would have to decide if they want to bring that kind of "baggage" into the locker room.

Sam didn't respond to Edwards either.

Now, with Rams training camp officially opening up for rookies today (veterans report on Thursday), Sam's camp is once again issuing the perfect response ... "no comment."

Wouldn't want Jeff Fisher to have to "deal with" any unnecessary drama ...