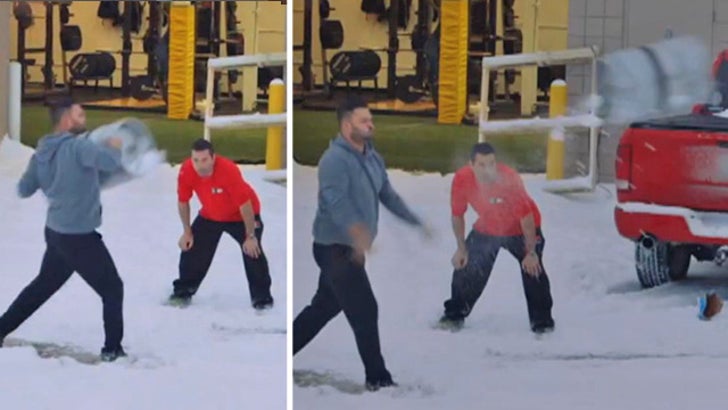 Nick Swisher's reputation as one of the best partiers in baseball just hit Van Wilder levels, cause while the rest of the league is tossing around weights to get big ... HE TOSSES KEGS.

The Indians 1st baseman appeared on the Discovery Channel show "American Muscle" when host and fitness expert Mike Barwis decided to try some unorthodox training methods on Swisher ... including a keg toss.

Check out the clip -- It's pretty awesome to see Nick training in the snow a la Stallone in "Rocky IV" (greatest training montage of all time).