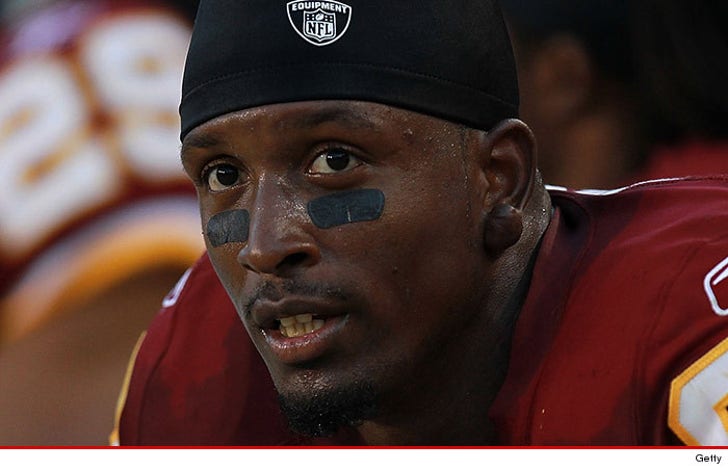 Former NFL tight end Fred Davis attacked his ex-girlfriend by throwing dirt and flowers at her ... after insulting the shape of her ass ... this according to a police report obtained by TMZ Sports.

The allegations are pretty wild -- with the ex-GF claiming she went to dinner with a male friend in D.C. on June 2nd when she was approached from behind by Davis.

The woman claims 28-year-old Davis turned to her male companion and said, "Why you with her, she doesn't have an ass."

According to the report, the woman says she went out to have a cigarette and Davis followed -- and at one point grabbed a handful of dirt and flowers from a hanging planter and THREW it at the woman's torso.

The woman claims she went inside the restaurant to grab a ketchup bottle so she could squirt Davis -- but someone stopped her before she could fire the red stuff.

Moments later, the woman claim Davis told her ... "I'm gonna slap you 'cause you fakin. Your friend looks like 2 Chainz."

The argument continued until Davis eventually left the scene.

Cops say they're looking to speak with Davis -- so far, no charges have been filed and no arrests have been made.