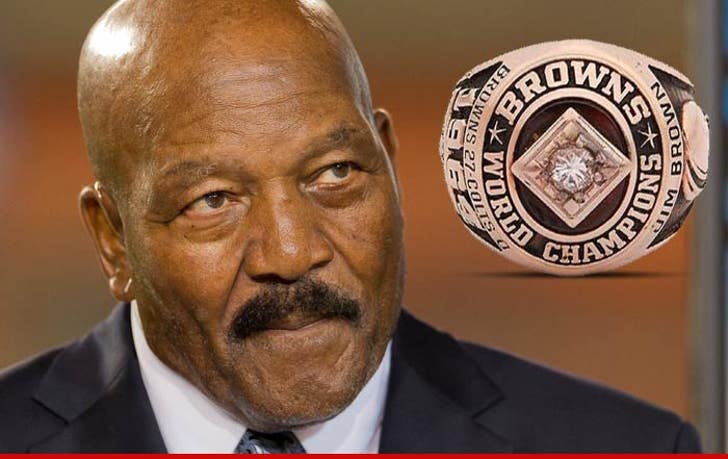 Jim Brown's 1964 Cleveland Browns Championship ring has been PULLED OFF THE AUCTION BLOCK amid allegations the ring was stolen from the NFL legend back in the '60s ... TMZ Sports has learned.

Earlier this week, Brown sued Lelands Collectibles Inc. in the hopes of getting the ring back -- though he does NOT accuse the auction house of having anything to do with the original alleged heist.

Lelands is ADAMANT the ring was obtained legally after Brown gifted the item to a family member several decades ago.

The auction house was expecting to rake in more than $250k from the ring -- but now, after Brown filed the lawsuit, they have pressed pause on the sale.

Sources tell us ... the auction house was not ordered to stop the auction but felt the move was in their best interest.

Lelands has previously said they're open to working out a deal with Brown outside the courtroom -- though it's unclear if the two sides are currently in talks.