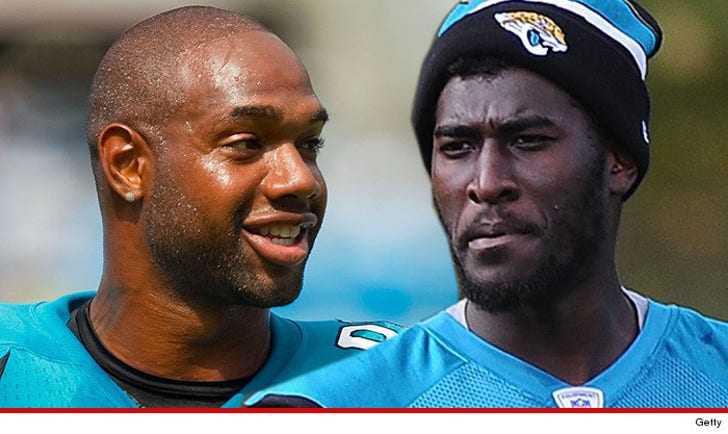 The Jacksonville Jaguars are standing by Justin Blackmon -- with one teammate telling TMZ Sports, "No one in our building has given up on him."

After the 24-year-old wide receiver was arrested for weed possession this week -- his 3rd arrest in the past few years -- we spoke with Jags tight end Marcedes Lewis who says the guys in the locker room want to HELP their teammate.

"He just needs help," Lewis says ... "I want to let him know he has our support. He doesn't have to be embarrassed. We're here for him."

In fact, Lewis says Jags head coach Gus Bradley addressed the issue with the squad this week -- "Coach got up in front of the team [Thursday] and said, 'Look, we're not giving up on him.'"

Marcedes says several coaches and players -- including himself -- have tried to reach out to Blackmon since the arrest but haven't been able to get a hold of the WR.

Still, Lewis says he has a message for Blackmon -- come back to Jacksonville.

"Realistically, once we get him back, I think we can help him. We just need to find him."