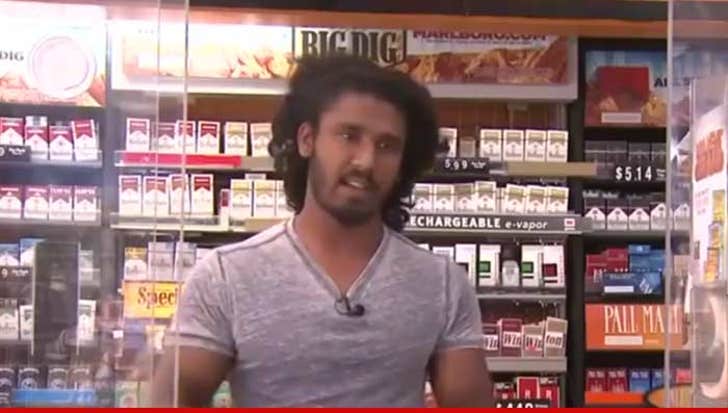 The semi-pro MMA fighter who beat the crap out of 3 would-be gas station robbers in Texas is being hailed as a hero ... by none other than UFC honcho Dana White.

The hero is Mayura Dissanyake -- who was working at Fuel Depot in Houston on July 10 when he saw 3 scumbags roll up on a co-worker who was returning from the bank.

Mayura -- a former MMA national champion in his native Sri Lanka -- jumped into action ... beating the living hell out of all three guys. It was frickin' AMAZING.

Now, he's getting the ultimate praise from Dana White -- who tells TMZ Sports he saw the footage and "I LOVE IT."

"Mixed Martial Arts is the new Martial Art that people are taking all over the world. Although I don't recommend crime fighting ... but dirtbags should beware."