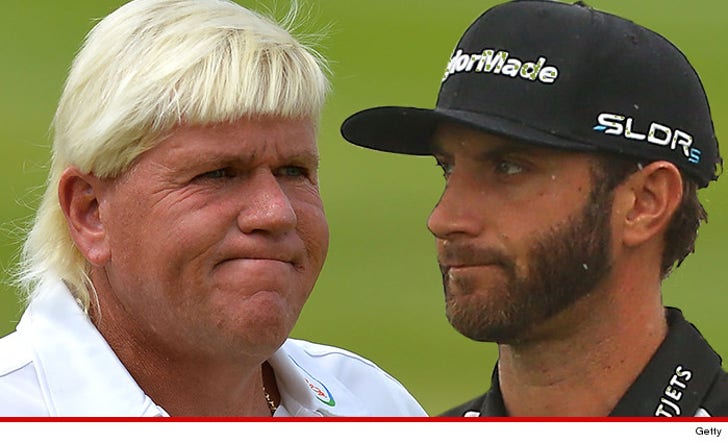 We spoke with Daly -- who's overcome addiction issues of his own -- and he tells us he feels bad for Johnson since he's such a good guy and a talented golfer.

"I texted Dustin a few days ago and told him how much I love him. He's talented ... he's the future of golf."

As far as Johnson's reported struggles with substance abuse -- Daly says, "My heart goes out to him. I would love to help but I know how things are and he would have to come to me."

Daly is very open about his issues with alcohol -- and says his drinking problems "messed up" his career in the '90s. He's now committed to staying sober, but admits every day is a battle.

Daly says people need to understand that addiction is not weakness, it's a disease -- adding, "It's not something you ever fully get over ... but it is something you can get control of."

"I want Dustin to know that I'm here for him."