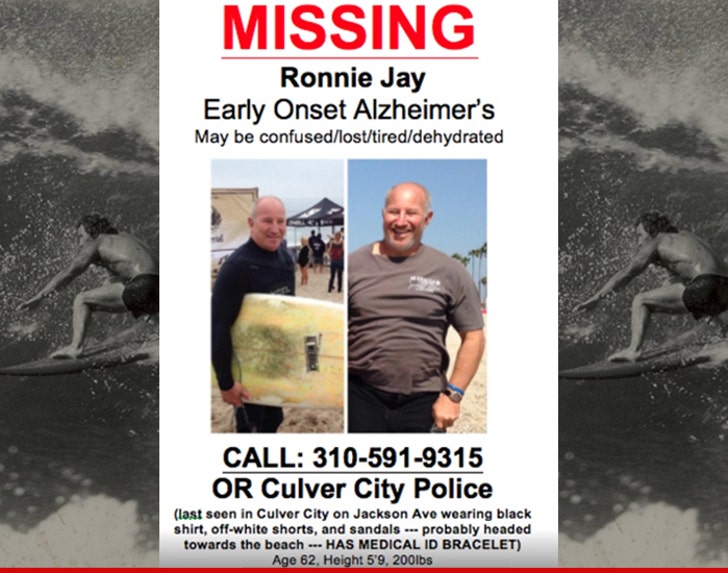 5:30 PM PT -- We just got word Ronnie was found in pretty bad shape. According to his family a stranger spotted him lying on the ground in the Silverlake area of L.A. -- at least a 25 minute drive from Culver City -- and took him to a hospital.

Ronnie was dehydrated, and is currently getting treatment. He's expected to be okay.

Ronnie Jay Leipold -- one of the original members of the legendary Z-Boy skating crew -- has gone missing ... and his family is extremely concerned because he suffers from Alzheimer's Disease.

62-year-old Ronnie -- who excelled as a pro surfer before joining the Z-Boy crew back in the '70s -- was last seen in Culver City wearing his medical ID bracelet.

We're told the Culver City Police are actively looking for the skate legend -- and are hoping the public will aid in their search.

It's the second time Leipold has disappeared since being diagnosed with the disease 6 years ago.

Ronnie is considered a god in the skate world -- and was featured in the highly-praised 2001 documentary "Dogtown and Z-Boys."