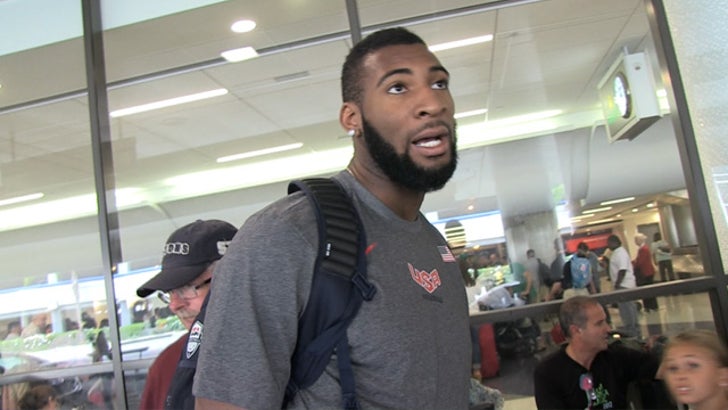 Paul George is taking his horrific broken leg as well as he possibly can, and even feeling positive … according to his Team USA teammate Andre Drummond.

We got Dre flying back to LA today after last night's scrubbed scrimmage in Las Vegas … where George suffered the injury -- and he told us George is NOT feeling depressed.

No one would blame him -- he'll most likely miss all of next season -- but the Detroit Pistons star says George was in "high spirits" … after his successful surgery, we're presuming.

Keeping the positive vibes going -- Andre also gave us his review of another key Team USA star ... Derrick Rose. Watch for the cheap shot at Nissans.