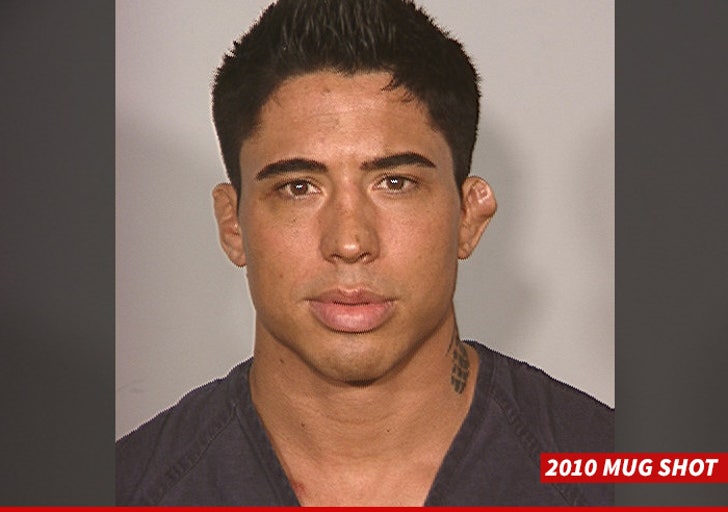 Bellator President Scott Coker tells TMZ Sports ... "We have a zero tolerance policy here at Bellator when it relates to any form of domestic violence, and after learning of this latest incident involving (Jon Koppenhaver) War Machine, Bellator is releasing him from his promotional contract with the organization."

According to police, War Machine was involved in a 3-person altercation early Friday morning at their home in Vegas. Two of the combatants sustained severe, but non life threatening injuries ... and were taken to a hospital. One of the victims is described as the fighter's "significant other."

When officers arrived on the scene we're told they determined that War Machine was the "primary suspect" -- but police have not been able to find him all day.

War Machine was arrested for assault during a San Diego bar fight back in 2010. He ended up getting a one-year jail sentence for that case.