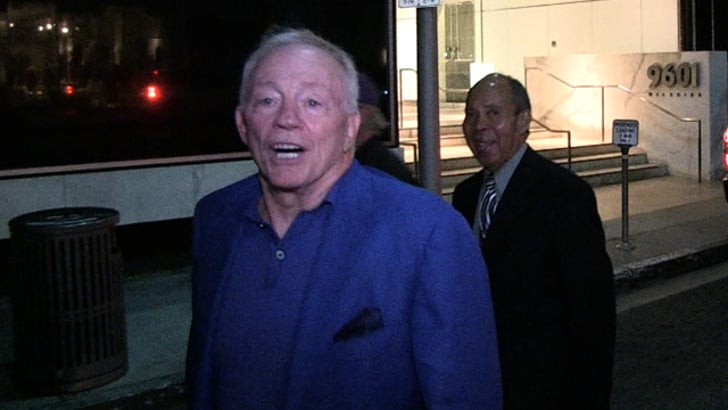 Jerry Jones has no problem with his baller Dallas Cowboys bus cruising the Sunset Strip, because ... off the field … his staffers are world class entertainers.

Jones walked out of Mr. Chow in Bev Hills last night and talked about the video TMZ Sports got of his son Stephen Jones, and his posse, pulling the bus up to Bootsy Bellows Tuesday night. 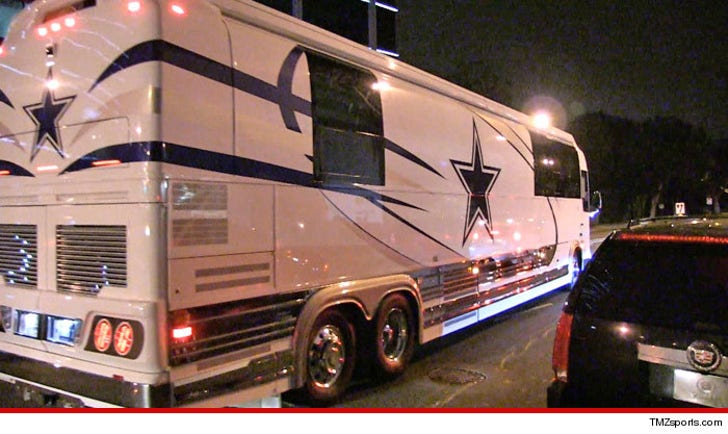 You gotta hear JJ explain it, but it sounds like he's saying everybody wants to hang with the 'Boys … so they have to do a ton of partying when they're not working. It's just good business.

Pretty sure he's talking about team execs, and not players … but ya never know with Jerry.