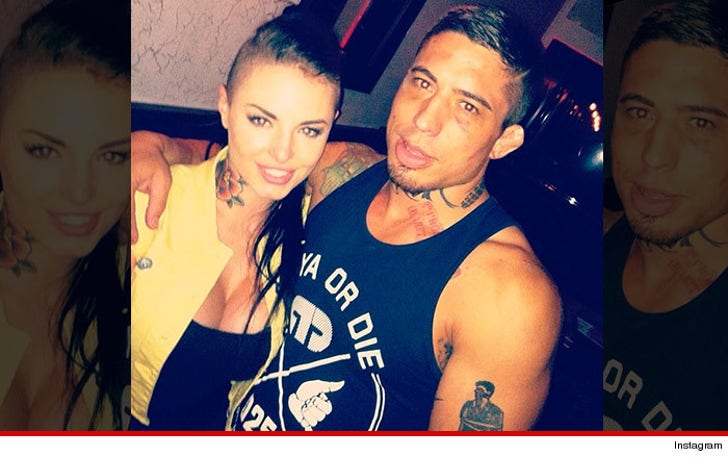 As we previously reported ... police say War Machine was involved in a 3-person altercation early Friday morning at their home in Vegas. One of the victims was described as the fighter's "significant other" -- and now Mack's rep confirms she was involved.

Christy's rep says they're unclear about what happened in their home ... because Mack's injuries have made it difficult for her to speak.

The rep also says Christy's family and friends are willing to pony up a $5000 reward to anyone who can help police locate the fugitive MMA fighter.

Las Vegas police say they are unaware of the reward.

The rep adds, "We just want to find him. We are all very scared."