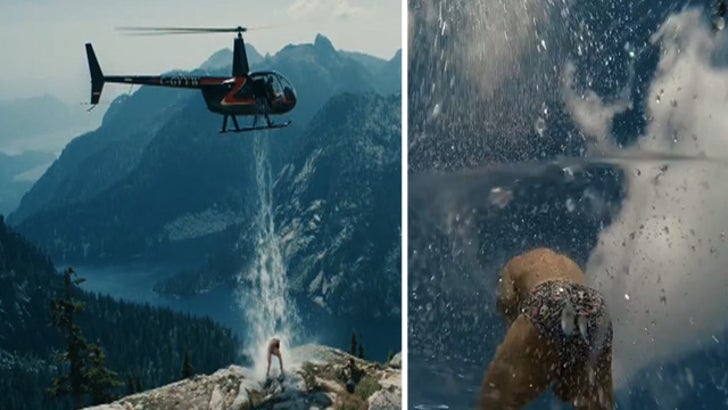 Ex-Phoenix Coyote winger Paul Bissonnette didn't just take the ALS Ice Bucket Challenge ... he took it, multiplied it by a million, and then called out some of the biggest names in sports.

The challenge that's all over social media was designed to raise money and awareness for research into ALS. When challenged, you're supposed to dump anything ... from a pitcher to a Gatorade bucket ... filled with ice water over your head, or make a donation.

Bissonnette's former teammate Keith Yandle challenged him, and BizNasty absolutely crushed it with the help of a helicopter and some bone-chilling glacier water.

The video is amazing, and you gotta see the 3 HUGE athletes he's now challenging. We'd say Biz has balls, but after that dousing ...