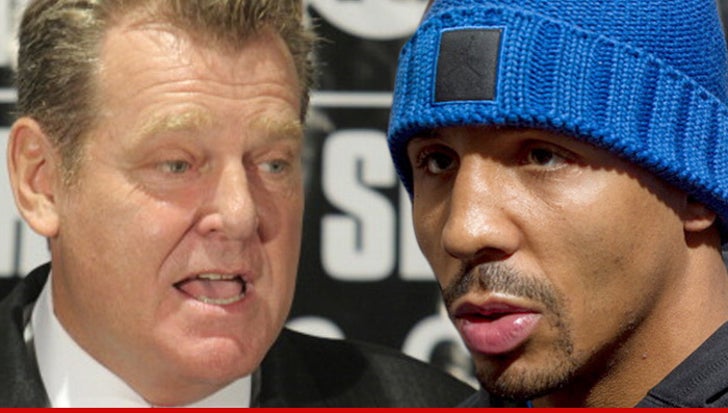 Super middleweight champ Andre Ward just took a $10 million shot to the chin from his promoter ... who says Ward destroyed his good name by accusing him of stealing.

Dan Goossen just filed a defamation lawsuit against his prize fighter in L.A. Superior Court in response to the Ward's suit last week. Ward, the #2 pound-for-pound boxer (behind Mayweather), sued Goosen ... claiming he never handed over details on how much money Ward's fights earned during a 9-year period.

Something called the Muhammad Ali Boxing Reform Act ... requires promoters to fork over financials in a timely manner.

Goossen says Ward's suit is a smear campaign, intended to "assassinate" his good standing in the boxing community. According to the docs, obtained by TMZ Sports, Goossen says the whole Ali Act allegation is a lie.

Goossen says his rep has been damaged to the tune of $10 million ... plus interest, of course.