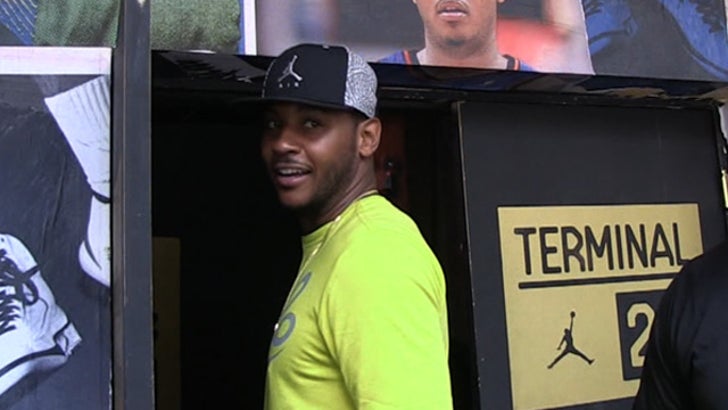 Carmelo Anthony tells TMZ Sports ... he's a PROUD ORANGEMAN today -- after his alma mater was ranked the #1 party school in the country.

Syracuse beat out schools like UCSB, West Virginia, Illinois and last year's winner, Iowa -- this according to the Princeton Review, which conducted a nationwide survey of 130k students.

"It's only right," Melo told us on his way to M7ProWeek at the Terminal 23 gym in NYC.

FYI -- Melo played at SU during the 2002-03 season ... and admitted 'Cuse wasn't the party powerhouse during his his year at school.